Just before Christmas I had the opportunity to do a photoshoot with ‘Feegle’, a 17 month old Blue Merle Smooth Collie owned by Jenny.  We opted for an outdoor shoot on a favourite walk near Baldock in Hertfordshire.  This breed has been on the endangered breeds list. It is interesting to trace back the origins of breeds where possible but there always has to be some speculation. There is some belief that they originated from a population of shepherds dogs introduced to Scotland by the Romans in th 5th century. The modern history of both the Smooth – and also Rough Collies –  is easier to trace back to the reign of Queen Victoria. She became interested in the shepherds dogs while in Scotland at Balmoral.  In 1860, she purchased some of the dogs for her own kennels and with her interest in the breed, it became fashionable to own one.

Getting back to Feegle, as is common for collies, he was playful, alert and boisterous. here are a few from the shoot – 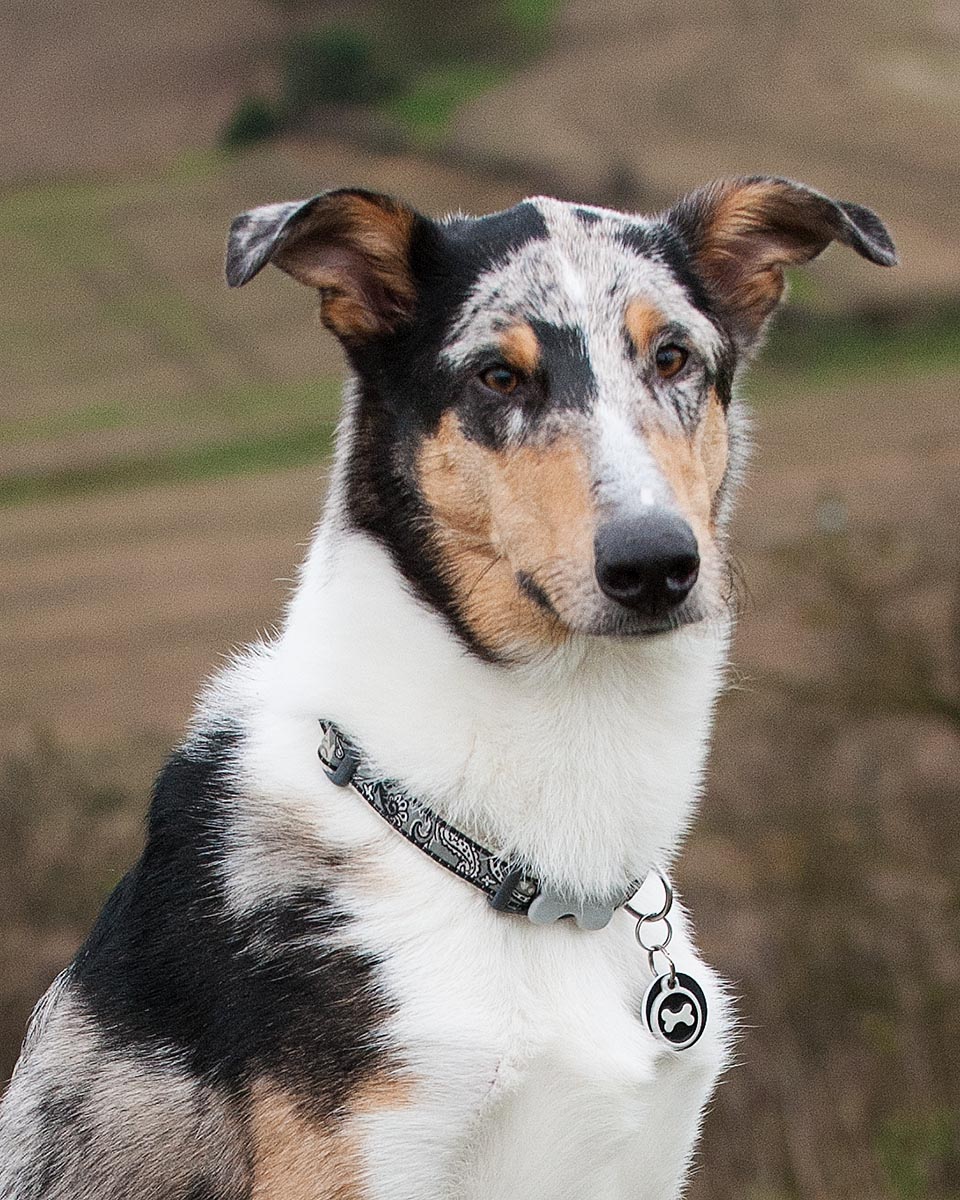 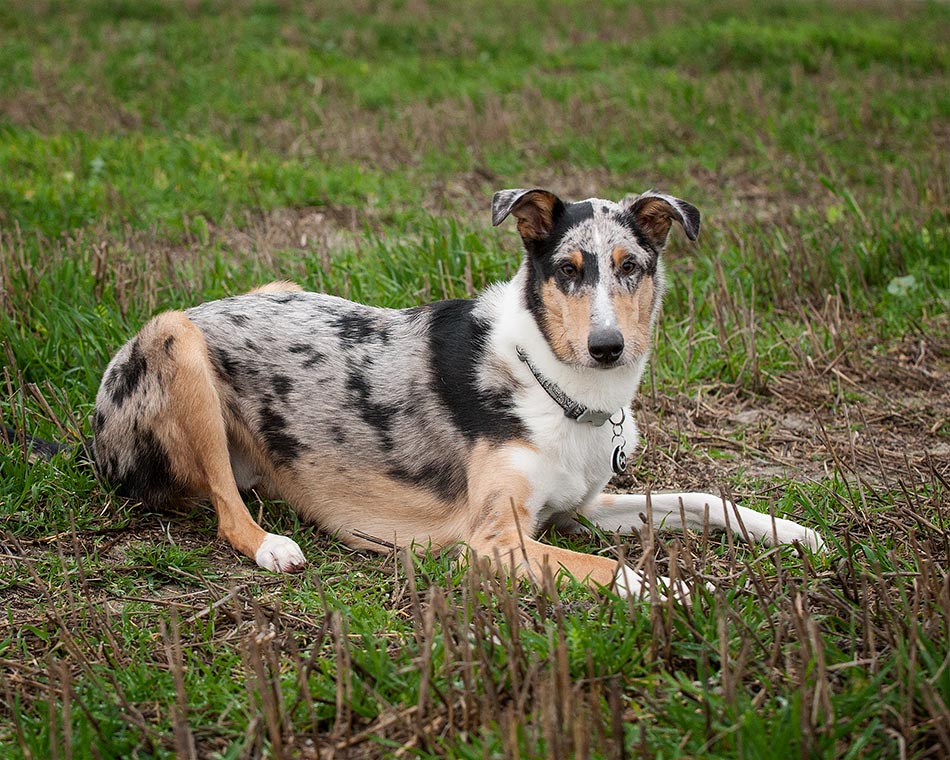 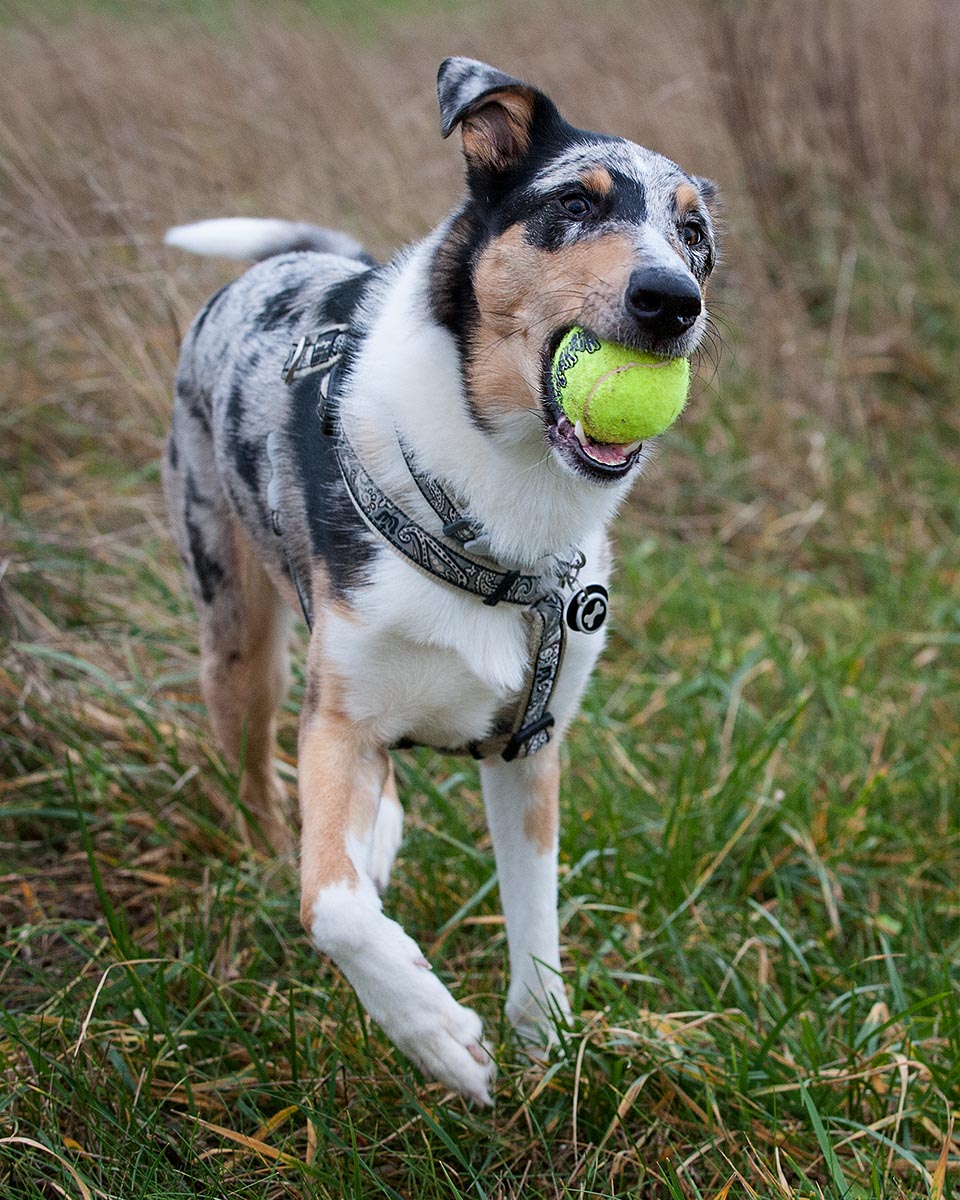 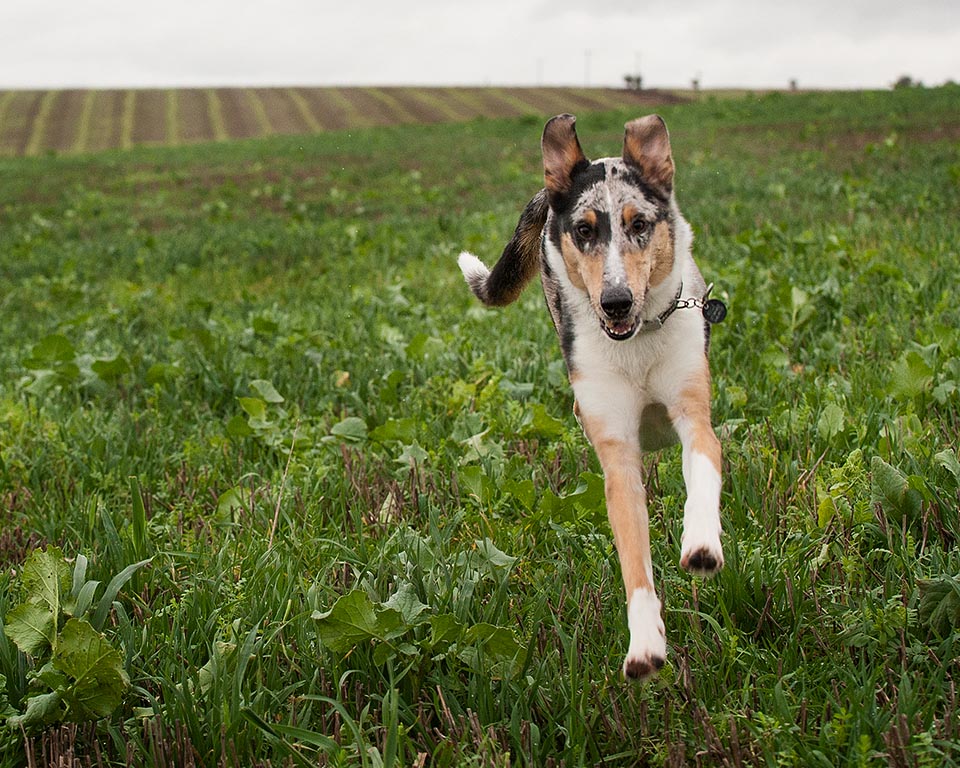